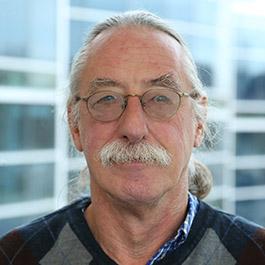 It is not sufficient that devices can be made very small, they must also be made such that they can operate for a meaningful period of time.  Things get old and they wear out, eventually becoming unable to perform as required.  The physics of the processes leading to this degradation is not always well understood and can be fundamentally different as the dimensions approach the molecular scale.

In order to design products for a useful lifespan, the physics of failure needs to be well established. This knowledge will enable the design of reliable systems and components by establishing design rules that will ensure a useful lifetime and adequate performance over that lifetime. In addition, reliability testing must be performed in a way that will enable data that can predict reliability over decades to be obtained in as short a time as possible, at most weeks and preferably hours.  This requires the use of "Accelerated Testing" where failure mechanisms are exercised at elevated stress levels and the data obtained is extrapolated to more gentle use conditions.

Towards this end, my research has been into physical modeling of materials degradation and designing testing procedures that provide the necessary tools to predict lifetime and demonstrate reliability through accelerated tests. This includes both developing theories and the related supporting experiments to avoid the sin of "overstressing" where failure is experienced but under conditions that are irrelevant to real life.

A. Basavalingappa and J.R. Lloyd
IEEE Transactions on Device and Materials Reliability PP(99): (2017)
Effect of Microstructure and Anisotropy of Copper on Reliability in Nanoscale Interconnects

B.T. McGowan, W. Nolting and J.R. Lloyd
Journal of Applied Physics 118(22):224106 (2015)
Effects of electrical bias and temperature stress on the negative magnetoresistance of a low-k dielectric

J.R. Lloyd, Speculations in Science and Technology, 5, 311 (1982)
On a Quadratic Hubble Relationship