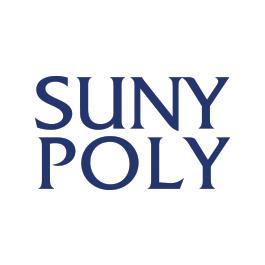 Jerome began his Wildcat career as the assistant men's soccer coach in 2002 before taking over full time in August of 2003. During the past two seasons, Jerome has guided the team to back-to-back double-digit winning seasons for the first time in program history and two consecutive appearances in the North Eastern Athletic Conference (NEAC) tournament. This past season, Jerome led the Wildcats to a program-best 13-8 overall record while breaking the program single-season records for goals and points and tying the program record for assists.

Prior to joining SUNY Poly, Jerome was the head coach of the women's soccer team at Herkimer County Community College in 2001. During his time there, Jerome was named the 2001 Mountain Valley Conference Coach of the Year and also led his squad to a conference championship that same year. He also had tremendous success on the field for HCCC, which he attended for two years and received an Associate of Science degree in sports & recreational management in 1998. As a star soccer player, Jerome was the 1997 Mount Valley Conference Player of the Year and the Region III Player of the Year, while also being selected to the All-Mountain Valley Conference First Team, the All-Region First Team, the Region III All-Tournament team, the All-Mid East team, the NJCAA All-America First Team and the NSCAA All-America First team that same year.  Additionally, he was the Region III Tournament Most Valuable Offensive Player, an All-Region First Team selection and an All-Mountain Valley Conference First Team selection in 1996.

After receiving his Associate's degree, Jerome then went on to become a standout soccer player at The Ohio State University, where he received a Bachelor of Science degree in education & coaching in 2001. During his time as a Buckeye, Jerome was named to the 1999 All-Ohio Team and 1999 All-Big Ten Conference Team.