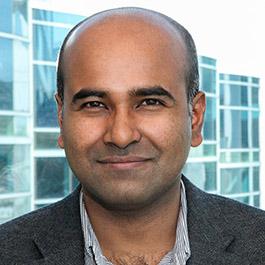 Dr Pillai's research focuses on the economic drivers of technological change. Technical advances in high tech industries are important contributors to productivity growth in the macroeconomy and to improvements in the standard of living. Dr.Pillai studies how economic factors influence the rate at which these technical advances are made, how government policies can influence the rate of technical change, and the welfare impact of these policies. Dr.Pillai's work includes theoretical modeling, econometric estimation of model parameters, and use of estimated models to quantitatively understand the impact of government policies.

R&D Opportunities, Vertical Specialization and the Extent of the Market, Unni Pillai, Submitted, 2015.

Emergence of the Supply Chain: Origins of the Tools Suppliers in the Semiconductor Industry, Unni Pillai, Submitted, 2015.

Competition among Solar Contractors in California, Unni Pillai, Proceedings of the 2014 Fall Symposium Series of Association for the Advancement of Artificial Intelligence, 2014. Arlington, VA. AAAI Press.

Venture Capital Investment into Thin Film Solar Photovoltaics – Where is it going and why?, Nicholas Querques, Pradeep Haldar and Unni Pillai, Journal of Nanotechnology Law and Business, Vol.6, No.3, 408-414.

Comment : Productivity and Potential Output Before, During and After the Great Recession”, Samuel Kortum and Unni Pillai, National Bureau of Economic Research, Macroeconomics Annual, 2014, vol. 29.

Vertical Specialization and the Role of Consortia in the Solar Photovoltaic Industry, Pradeep Haldar and Unni Pillai, Future Photovoltaics, 2012, vol 8.