Published:
In the News
SUNY Poly Faculty in the News
News Releases 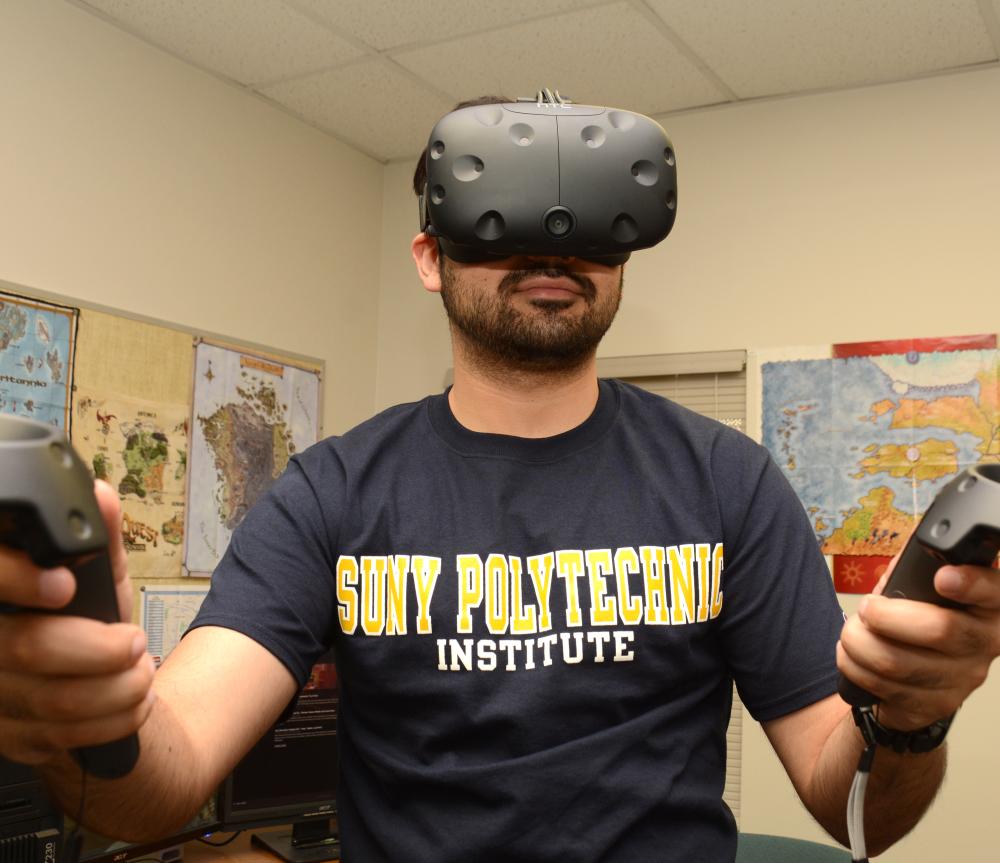 Language from legislation A.9194-A (McDonald)/S.4107-B (Breslin) and funding lines have been included in the NYS Assembly and Senate proposed budgets. Ensuring that funding is in the final enacted budget will provide jobs, new residents, economic growth, and investment in a burgeoning industry.

The legislators and supporters urged Governor Kathy Hochul to include the funding in the final NYS budget to solidify New York as a leader in the video game industry and to avoid wasting any opportunity to maximize the growth and investment that will result from directing resources toward this growing field.

In 2021, the number of employees in the video gaming industry in the United States reached over 273,000.

Texas has seen major growth in the gaming industry within the state since putting in place their incentive programs. “A new study by Entertainment Software Association (ESA), shows the video game industry in Texas generates $4.15 billion in annual economic output, either through direct industry output ($1.8 billion) or via other participants in the video game ecosystem, such as suppliers and other supported output ($2.4 billion).” It is estimated that the gaming industry provides for about 25,000 jobs throughout the state.

The legislation (A.9194-A/S.4107-B) proposed by Assemblymember McDonald and Senator Breslin would also establish a Diversity Job Training Fund, similar to what is established for the Empire State Film Tax Credit, to recruit, hire, promote, retain, develop and train a diverse and inclusive workforce.

Assemblymember John T. McDonald III, RPh said, “I have carried the legislation to establish the Digital Gaming Production Credit because I do not want New York to be left behind in what is an ever-growing industry that has been proven to provide economic dividends when the seed is planted for growth. Also, I have seen first-hand how companies such as Velan Studios and other local gaming companies have positively impacted our communities, through investment that has led to growth in our neighborhoods and in our workforce. Companies such as Velan will continue to grow and we can capitalize on this credit to spur additional investment. I thank Speaker Heastie for including this funding in the NYS Assembly one-house budget proposal and I will continue to work to make it a reality in the final enacted budget.”

Senator Neil Breslin said, “The Empire State Digital Gaming Credit would be a game changer for the Capital Region. I applaud the NYS Senate and Assembly for including this credit in their One House budget proposals, and I will work to ensure it remains in the final budget. The video game industry is a billion-dollar industry, and New York State needs to take advantage of the role it can play in continuing to cultivate its growth.”

“Digital Game development is a fast-growing and nascent industry in New York and particularly the Capital Region.  From Troy to Saratoga Springs, companies in this sector are growing and thriving.  Our colleges, universities and even high school programs are producing a talented and skilled workforce for this industry and we want them to build their career here in New York. The Digital Gaming Tax Credit will serve to accelerate the growth of this industry by attracting additional private investment in game companies, building on the region’s success to enable us to compete effectively against other states for these investments, Assemblymember Carrie Woerner said. I am pleased to join my colleagues Asssemblymember John McDonald and Senator Neil Breslin in calling on the Governor to include the Digital Gaming Tax Credit in the final 2022-2023 budget.

“New York’s video game industry is burgeoning, creating jobs, and making an impact on our local economy here in the Capital Region,” said Assemblymember Patricia Fahy. “With the national video industry expected to grow by 26% in the next five years alone, creating the Empire State Digital Gaming Production Tax Credit will help draw and retain more gaming and software companies to do business in New York State. As the gaming industry continues to grow in popularity and profitability, New York will be there to help foster its success.”

Brian Corrigan, Co-Founder MadGlory Games, VP and Head of Americas of Krafton, said, “New York has an opportunity to play a leading role in the global gaming industry.  This bill gives us the opportunity to attract new companies to what is already a growing sector, as well as foster more entrepreneurs from experts already in the region."

“New York’s Capital Region is home to a dynamic and growing digital gaming cluster that includes 24 studios with more than 500 workers. We have a built-in pipeline of talent from local colleges and universities, and developers here are making some of the world’s most popular games and driving innovation in the areas of AI, augmented reality, and simulation. CEG works with its academic, industry, regional, and state partners to market the Capital Region as a location-of-choice for investment, and the Empire State Digital Gaming Production Credit is a critical tool for the region to compete and rapidly accelerate the industry’s growth here in New York,” said Center for Economic Growth Chief Economic Development Officer Katie Newcombe.

“The rapid growth of the video game industry, along with the wider innovation economy, demands the presence of a highly skilled tech workforce,” said Annmarie Lanesey, Founder and CEO of CanCode Communities. “Investing in technology education and training, particularly for underrepresented individuals who have aptitude and passion but lack resources, helps to build a diverse talent pipeline that enables careers, enhances businesses, and enriches communities.”

Andrew Russell, SUNY Polytechnic Institute Dean of the College of Arts and Sciences, said, “This is an exciting day to see academic and industry partners come together to show support for this thriving sector that promises opportunities for students to pursue meaningful careers. This effort dovetails with SUNY Poly’s growing Interactive Media and Game Design program where we teach a variety of skills and tools that are critical for success in digital media production. We are proud to facilitate affordability and access to build a diverse and robust pipeline of talented people who can transition directly to industry.”

“Our students represent the future talent of the video game industry, an industry that must continue to work collaboratively to achieve greater diversity," said Jennifer Hinton, Associate Director, RIT MAGIC Center. "We have a unique opportunity to ensure that the next generation of content creators better represents the diverse communities of content consumers. RIT remains committed to maintaining a leadership role in this effort."