Published:
In the News
SUNY Poly Faculty in the News
Research News 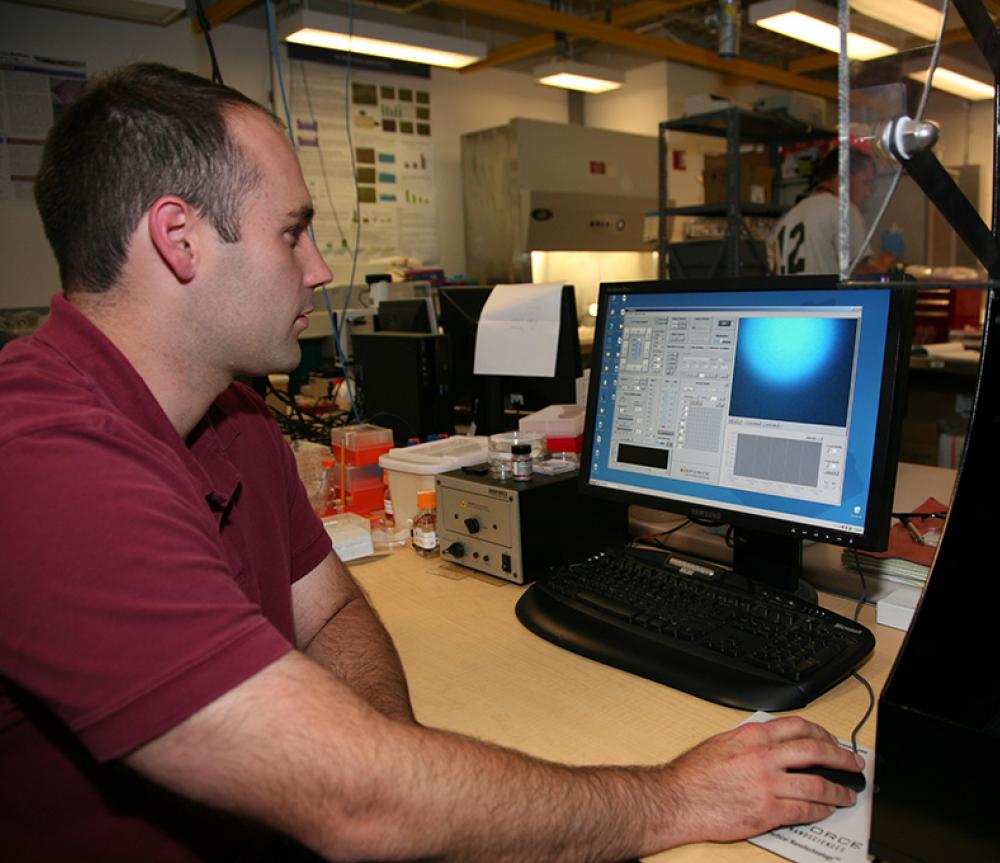 “The way we really work at the Albany campus is sort of like a giant pilot facility,” Cady says. “So, the industry partners come in with their latest and greatest tools, but they’re running it in the context of a facility that goes beginning-to-end on building computer chips. I think from a bioprocess perspective, industry partnerships could fit into that type of role to where the company is able to bring their latest greatest technologies in the context of a full process line and then be able to test them out.”

“With Jan’s expertise in stem cells and my expertise in bioprocessing and biomanufacturing,” Sharfstein says, “we put together collaborations that could use a company’s technology.  It’s a really cool space to be working in because you know that your research has an impact—not that basic science is not important, but you can actually see the results.”

To reach that potential, Janet Paluh, PhD, associate professor of nanobioscience, agrees that scientists must interact. “It is about getting out there and disseminating the research,” she says. She mentions that such interactions triggered Richmond, CA-based Nanoshift to approach SUNY Poly about collaborating on an opioid biosensor. Plus, Buffalo, NY-based Cytocybernetics approached SUNY Poly about “technologies with stem cells that reflect on ethnic diversity” to benefit cardiac health in a diverse population.

Those interactions also expand the opportunities for students at SUNY Poly.

“Most of our students, both graduate and undergraduate, I would say, end up in industry,” says Nathaniel Cady, PhD, Empire Innovation Professor of Nanobioscience and executive director of the SUNY Applied Materials Research Institute. “Our students are interacting with companies already and there’s a good pipeline for finding internships and then eventually jobs—sometimes in pharma.”

In fact, the partnerships with industry impact the philosophy of the students. “We’ve had a number of students start companies,” according to Sharfstein. “So, there is a real entrepreneurial environment here.”