Published:
In the News
Research News 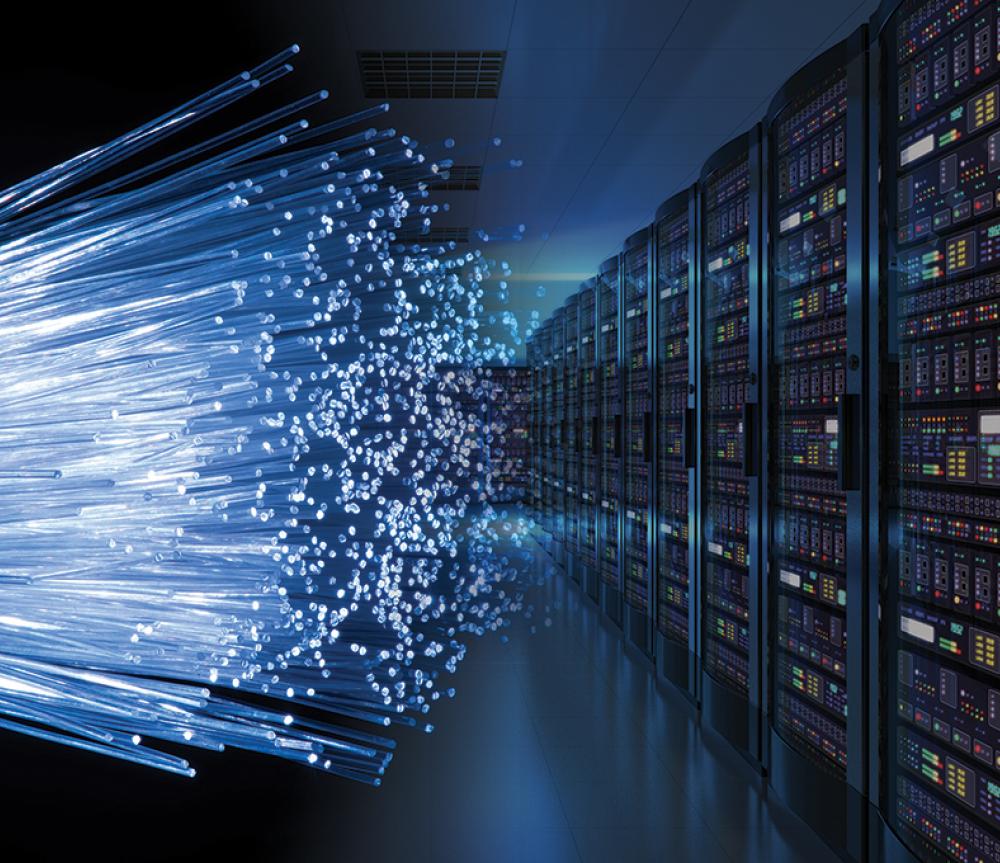 ESD Board Approves $81 Million to Support Operation of the Testing, Assembly and Packaging Facility at AIM Photonics

Governor Andrew M. Cuomo today announced the AIM Photonics project in Rochester is in the final planning stages to begin construction this summer and tool installation this fall at the institute's Testing, Assembly and Packaging facility. In addition, the Empire State Development's Board of Directors approved an $81 million grant to be used to equip and operate the institute's TAP facility by AIM Photonics and its consortium of industry and university partners. AIM Photonics is part of the overall Finger Lakes Forward revitalization effort — the region’s strategic plan for economic growth, focused on the industry cluster of optics, photonics and imaging.

"By attracting new investment in this burgeoning industry and convening leading photonics leaders from across the country, this federally-designated AIM Photonics facility will accelerate the growth of Rochester and across the region," Governor Cuomo said. "As we continue to invest in the future of the Finger Lakes and move the economy and business community forward – this investment is critical to the completion of AIM Photonics' cutting-edge TAP facility that will create new jobs and new opportunities for the community."

Announced by the Governor in December 2016, the TAP facility will be located at a portion of a former Kodak building now owned by ON Semiconductor. An $81 million grant will be used for the cost of machinery, tools and other equipment, and operating costs for the federally-designated institute's TAP facility. The tooling portion will include the industry’s first and only open access 300mm test. An assembly and packaging tools/equipment and installation will also be located at the facility, along with Wafer Fab and Multiple Project Wafer / assembly tools and equipment, and a test, assembly and packaging Manufacturing Execution System.

New York has committed $250 million to support AIM Photonics, leveraging the $110 million Department of Defense award and $250 million in private support for a total investment of more than $600 million. In July 2016, the ESD Board approved an initial $78 million for tooling, equipment, technology licenses and operations. In January 2017, the ESD Board approved an additional $28 million for the project to renovate, equip and operate the TAP facility.

"AIM Photonics has already positioned Rochester as a national leader in the emerging nanotech sector, and with the addition of this critical $81 million investment, the Finger Lakes region will continue to move forward. That’s why the project is central to the Finger Lakes Forward regional plan," said Photonics Board Chairman John Maggiore. "The completion of this next generation TAP facility will attract industry leaders from across the globe, provide men and women the high-tech, well-paying jobs they deserve, and ensure a strong, sustainable future for communities across the region."

Tom Koch, Chairman of AIM Photonics Technical Review Board and Project Call said, "This 3rd call for proposals and Proposers Meeting is truly an inflection point in AIM Photonics growth. We have signed 5 new Tier 1 members this year, which is significant, as they are industry leaders in KTMA and MCE areas. In addition, our projects are targeting new capabilities that will provide members with new integrated photonics solutions and help drive institute sustainability."

AIM Photonics Leadership Council Chairman Bob Duffy said, "AIM Photonics is excited that we have reached this significant milestone. We are now ready to begin the much anticipated phase of tooling and staffing the TAP facility. This is truly a great day for Rochester, current and future AIM Photonics members, and all of the stakeholders who have helped to make this possible from the beginning."

Empire State Development President, CEO & Commissioner Howard Zemsky said, "Rochester's photonics cluster is a fast-growing sector in which the state is making strategic investments that are spurring new growth in manufacturing and building on the region’s legacy of being home to cutting-edge optical and photonics technologies."

AIM Photonics CEO and SUNY Poly Vice President of Research Dr. Michael Liehr said, "With this latest news, the AIM Photonics initiative is proud to pave the way for strong growth in this innovative area to promote research into next-generation integrated photonics manufacturing technologies and business growth. It is exciting to see the progress taking place which is allowing this initiative to hit its stride."

Senator Joseph E. Robach said, "I am pleased to see that the final planning stages of the AIM Photonics project will begin this summer. The installation at the institute's Testing, Assembly and Packaging facility means jobs for members of our community in the innovative fields of optics, photonics and imaging. I am excited for the future of this project, as well as for positive impact photonics will have for our region."

Monroe County Executive Cheryl Dinolfo said, "As one of the fastest growing sectors in our local economy, photonics continues to drive job creation and economic development which benefit Monroe County residents. I am pleased the AIM Photonics project is moving forward and I am excited for this great opportunity to tap into the potential that exists here in our community."

City of Rochester Mayor Lovely Warren said, "The state's investment in the Aim Photonics project is really an investment in jobs for our city and I am grateful to Governor Cuomo for his leadership in keeping this project moving forward. New York State remains a steadfast partner in Rochester’s fight to create more jobs for our residents, which we see as the best way to help reinvigorate our neighborhoods and build better educational opportunities for our children. Once again our Governor and state delegation have stepped up to the plate to help our city in a way that will deliver real jobs for our neighbors and an even brighter future for our city."

About AIM Photonics
AIM Photonics is one of nine Manufacturing Innovation Institutes, an industry-driven public-private partnership that focuses the nation’s premiere capabilities and expertise to capture critical global manufacturing leadership in a technology that is both essential to national security and positioned to provide a compelling return-on-investment to the U.S. economy. For more information about AIM Photonics, visit www.aimphotonics.com.

Accelerating Finger Lakes Forward
Today's announcement complements "Finger Lakes Forward," the region's comprehensive blueprint to generate robust economic growth and community development. The State has already invested more than $3.4 billion in the region since 2012 to lay the groundwork for the plan – investing in key industries including photonics, agriculture and food production, and advanced manufacturing. Today, unemployment is down to the lowest levels since before the Great Recession; personal and corporate income taxes are down; and businesses are choosing places like Rochester, Batavia, and Canandaigua as a destination to grow and invest in.

Now, the region is accelerating Finger Lakes Forward with a $500 million State investment through the Upstate Revitalization Initiative, announced by Governor Cuomo in December 2015. The State’s $500 million investment will incentivize private business to invest well over $2.5 billion – and the region’s plan, as submitted, projects up to 8,200 new jobs. More information is available here.