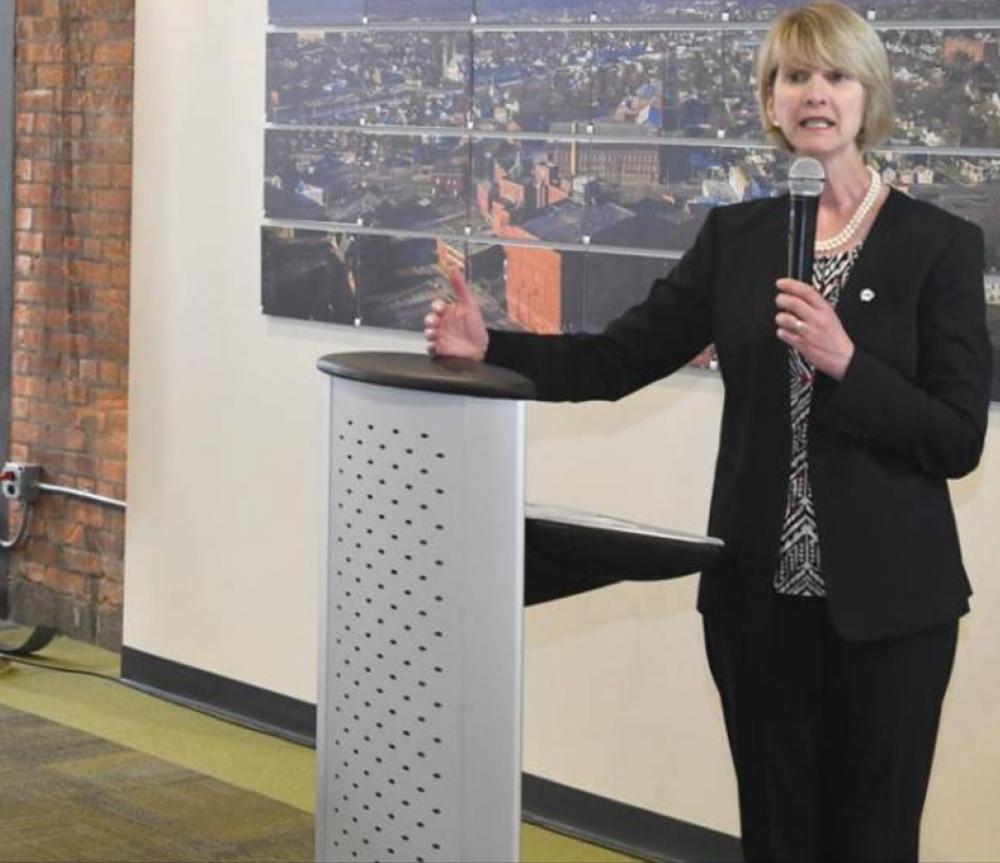 Entrepreneurship is “not for the faint of the heart,” said SUNY Chancellor Kristina M. Johnson while recalling her involvement a few years ago with a hydropower startup that included finding a hovercraft to navigate a frozen river while on a development deadline.

People have to be strong and resilient, which are “things that MVCC gives its graduates,” Johnson added Tuesday during a visit to Mohawk Valley Community College’s thINCubator facility on Broad Street in Utica that seeks to help launch and grow businesses.

Johnson applauded the efforts of MVCC President Randall VanWagoner and his team in developing the facility, adding that she is “impressed to see” what thINCubator does. With a background in engineering, she holds 118 U.S. and international patents, plus she has been recognized for her work in technology transfer and entrepreneurship by the states of Colorado and North Carolina among her accomplishments.

Johnson, who became chancellor of the statewide SUNY system effective last September, was at the Utica site in conjunction with VanWagoner signing the National Association for Community College Entrepreneurship’s Presidents for Entrepreneurship Pledge. The pledge involves a commitment to five action steps to increase the college’s focus on entrepreneurship.

Since thINCubator’s launch in 2015, said VanWagoner, it has assisted more than 150 entrepreneurs including through workshops, training, accelerator programs and mentorships.

Citing thINCubator’s impact in helping 27 companies in the past 24 months with at least two employees each, Johnson speculated about the results if similar efforts were “at every community college across the system” in New York. Entrepreneurs are critical to the state’s economy, she commented, adding it is why one of her priorities involves innovation and entrepreneurship.