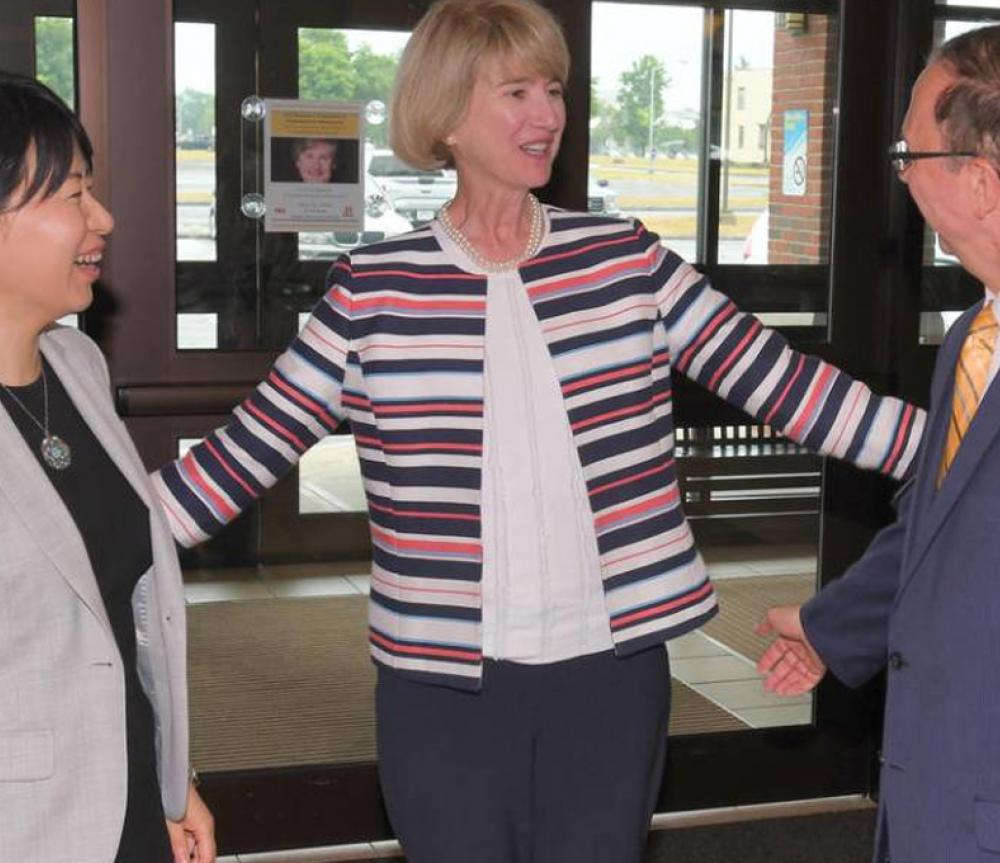 SUNY Chancellor Kristina M. Johnson would like to build upon the relationship between SUNY Polytechnic Institute and the Rome Air Force Research Laboratory (AFRL) so that it operates “like a transistor,” she says, with two-way benefits to help both.

While there are some existing academic connections such as AFRL engineers who are SUNY Poly adjunct instructors, Johnson is “hoping to see what capabilities” are available for the Air Force lab to work more closely with the college.

Johnson came to Griffiss park Tuesday afternoon to tour the AFRL Information Directorate, and stopped at the nearby Spressos Coffee House beforehand to discuss her visit. She was accompanied by SUNY Poly interim President Jinliu “Grace” Wang, whose appointment was effective July 1, and state Sen. Joseph Griffo, R-47, Rome.

“I’m excited to come to Rome” to see the lab, said Johnson, who became chancellor of the statewide SUNY system effective last September and noted it was her first visit to the Rome AFRL. Griffo observed that Johnson has a background in engineering, and understands “potential partnerships...may exist between AFRL and SUNY Poly.” SUNY Poly has campuses in Marcy and Albany.