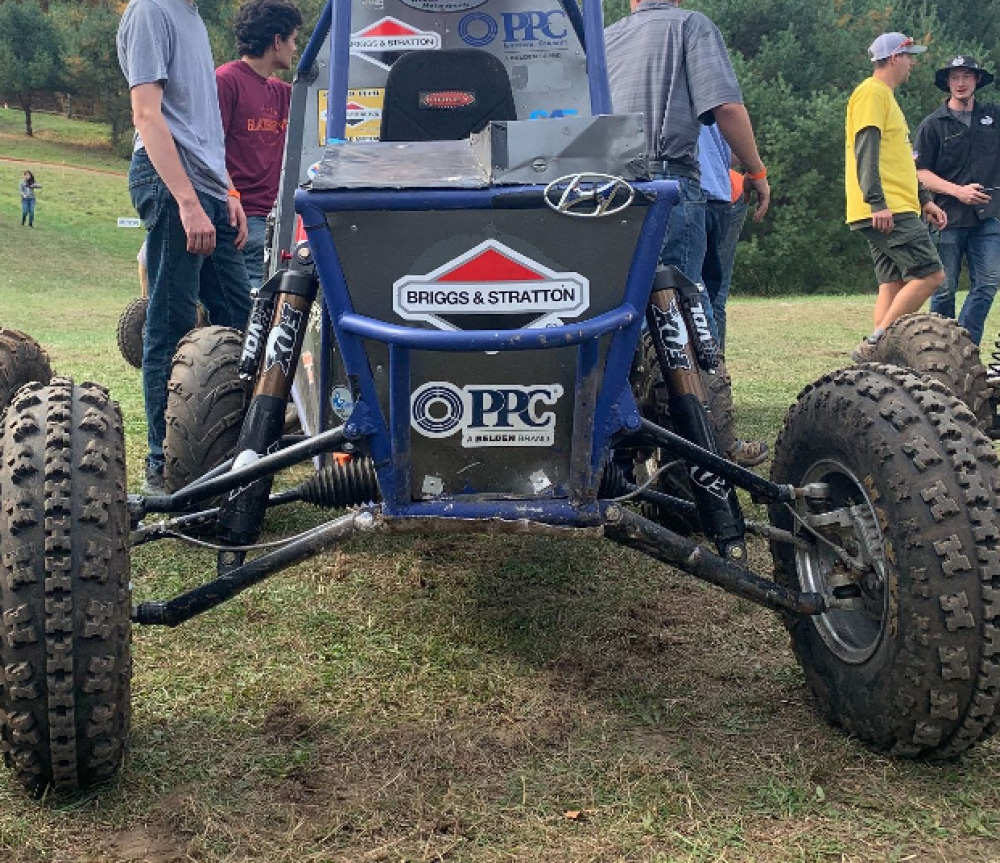 After being invited to Clarkson University's racing facility for the first annual “OktoBajaFest,” a three-day invitational competition against a variety of schools from around North America, SUNY Poly’s Wildcat Motorsports team squared off against competitors that included Michigan State, Virginia Tech, Case Western Reserve, Lehigh University, and Clarkson University.

SUNY Poly’s Baja SAE team, Wildcat Motorsports, has typically been one of the larger, well known, and popular student-run clubs at SUNY Poly’s Utica campus. Baja is a student competition organized by the Society of Automotive Engineers (SAE). The students design, fabricate, and test an off-road vehicle, which some call a buggy, capable of withstanding intense physical obstacle courses over three days.

The OktoBajaFest competition consisted of a rigorous technical inspection and design event during the first day to ensure a level playing field. It gave each team a chance to justify and explain their design choices for each vehicle. The dynamic events took place on the second day, with a hill climb, acceleration and suspension challenges. Each team was given two chances to complete each event, scored for time and completion.

After completion of the dynamic events, the team prepared for the main event: the four-hour endurance race.

“This competition was an exciting opportunity to put our hands-on engineering and motorsports skills to the test,” said Wildcat Motorsport’s vice-president Haley Couch. “It was great to see all of the team’s hard work culminate in an adrenaline-packed three-day event where we had a strong finish, and I am thankful to SUNY Poly and this team for this chance to show our capabilities.”

The third day’s endurance race included a four-hour long event, consisting of a 1.1 mile loop through various steering, suspension, and maneuverability challenges. The endurance event is typically the biggest test any vehicle faces. Wildcat Motorsports took the “tortoise and the hare” approach to the endurance race, which paid off greatly in the end. Incredibly, Wildcat Motorsports ran the entire four-hour race and was the only team to finish the event with ZERO mechanical failures! At a banquet after the conclusion of the competition, the final scores were announced, with the SUNY Poly team earning an 8th place finish in the endurance race, and a 14th place finish overall.

With that competition completed, the next challenge for the team begins now as they work to secure sponsors and design and build a new vehicle for competition in Rochester, NY, from June 2-5, 2022.

If students are interested in joining or supporting the team, please reach out to Haley at haley.couch@sunypoly.edu.