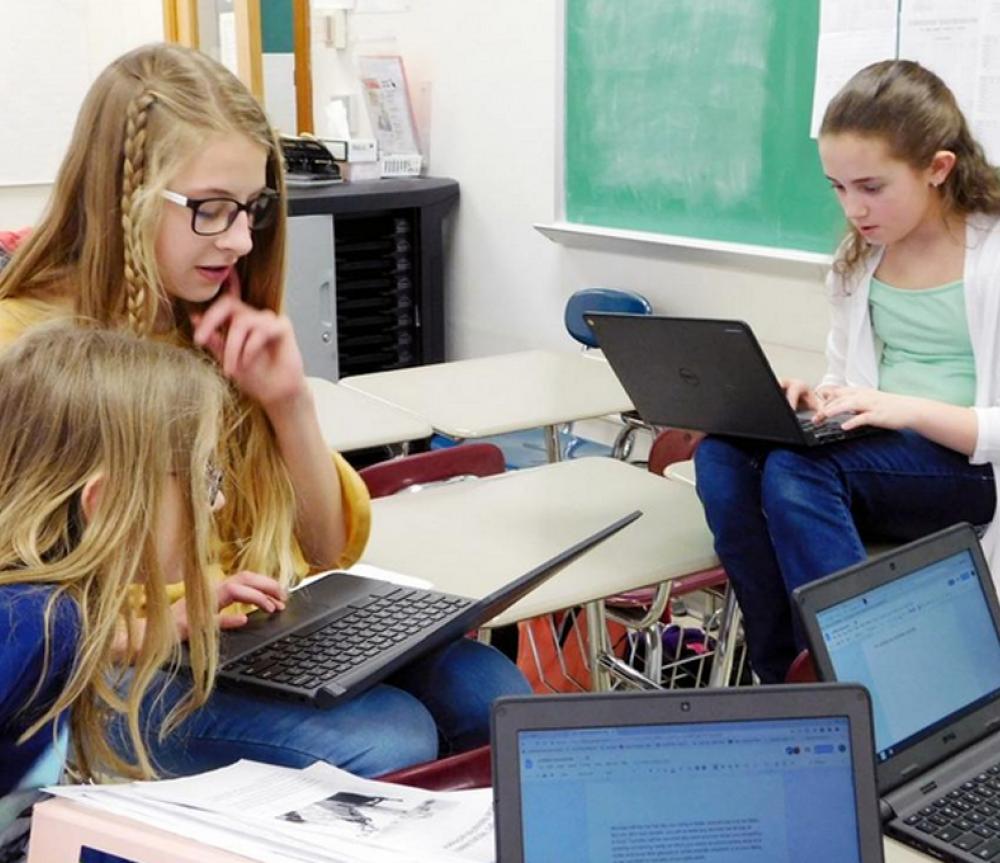 During a meeting of the FIRST Lego League Team Aqua Challengers at Gregory B. Jarvis Middle School earlier this week, members were spread out in different spots in the classroom busy at work.

Julianne Fike was on the floor, working on one of the large poster boards needed for their upcoming competition. Shreya Patel was making phone calls to potential donors for the trip to the competition. Alexis White, Annamaria Lyman and Kadence Lyman were working on 3D modeling with the use of Chromebooks. Nicholas Shedd was working on robotics at a table with Isabella White and Avery Fike.

“I think we work well together because we have different strong suits,” said Alexis White. “Nick is really good on the robots. Juli is on design ... It all works together.”

The team — comprised of fifth- to eighth-graders — has been working together since October in preparation of the FIRST Lego League competition at SUNY Polytechnic on March 10.

According to its website, the FIRST (For Inspiration and Recognition of Science and Technology) LEGO League immerses children “in real-world science and technology challenges. Teams research and design their own solution to a current scientific question or problem while they also build and program autonomous robots using LEGO MINDSTORMS technology to perform a series of missions.”

This year’s challenge was hydro dynamics and the question asked, “What might become possible when we understand what happens to our water?”

The team had two challenges — build and program a LEGO robot to travel a predetermined course and accomplish multiple tasks along the way, and solve a particular environmental or social problem.

The Aqua Challengers designed a device that records usage for each water outlet in a home. The device would allow residents to monitor water use with a goal to conserve.

During the SUNY Poly competition, the team had to deal with nerves and excitement, but eventually went on to win the regional title. This allows them to move onto the championships in Detroit.