Published:
In the News
SUNY Poly Alumni in the News 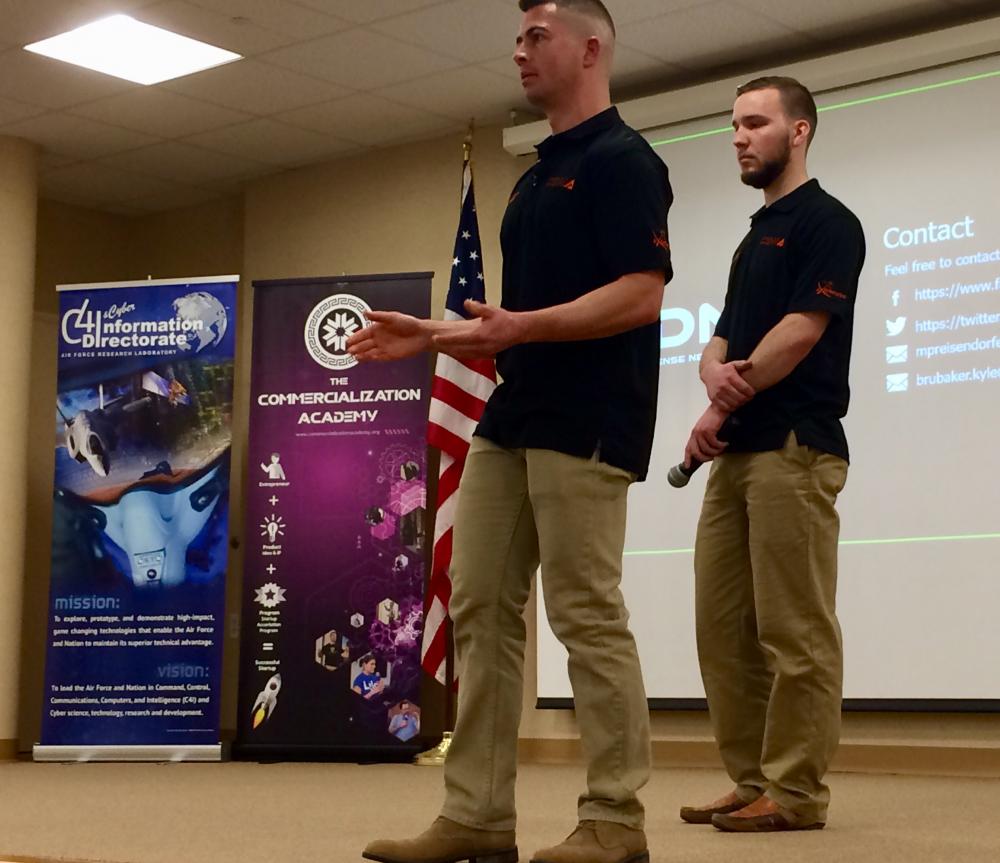 Matthew Preisendorfer ’17, who graduated with a degree in Computer Science, and Kyle Brubaker ’16, who earned a degree in Computer Information Systems, pitched their inline network device named CDNA (Cyber Defense Network Adapter) to a panel of judges during the event held at The Griffiss Institute in Rome, NY.

The idea for the device was originally conceived as part of the students’ capstone project.

CDNA sets itself apart from common antivirus programs, like AVG and Norton, that detect malware, because the device serves as a first line of defense before malicious code actually reaches a computer.

“The issue faced today with antivirus antispyware and antimalware scanners is malicious code has to be on your physical computer before it can be identified,” said Brubaker. “Anyone with a computer can benefit with CDNA. The code is not operating system-specific, so viruses created for Mac OSX will be detected in-line the same way viruses for Windows are detected.”

Brubaker and Preisendorfer decided to compete for the first-place $200,000 award at Demo Day so their device can be made widely available for consumers to keep their computers truly virus free.

Ideally, they would like the device to be integrated into hardware so users would not have to purchase CDNA apart from their device.

“We really want to get this down to something like a system on a chip which we can integrate into some manufacturers’ network cards or directly into an IoT (Internet of Things) device so this isn’t a separate device the user has to interact with,” said Preisendorfer. “It’s already going to be built in.”

CDNA competed against five other teams at Demo Day including E-Health Now, Go Figure, SkyTubeLive, Stonewall Defense and Tooling Intel. Despite their best efforts, Utica-based Go Figure took home the first-place award with a program that allows contractors to make on-site measurements, estimates, and proposals from their mobile devices. SkyTubeLive, of Oneida, won a second-place $100,000 award for its site which hosts live streaming drone videos.

Brubaker, however, said he and Preisdendorfer plan to compete again next year with better revenue figures and an improved product.

“Everybody who were finalists deserved to be there and it showed,” said Brubaker. “Matt and I will continue to strive and we plan on attending this next year with a bigger and better pitch. We plan on making it more robust and to put a better product out there.”

Brubaker credited SUNY Poly for inspiring him to be an innovator in the cyber security field and fostering the entrepreneurial spirit which has helped him and Preisendorfer pursue a goal only dreamed of years ago.

“Those three individuals have molded and shaped me into the individual and cyber security expert that I am today,” said Brubaker. “They have gone above and beyond what a normal professor would do for a student.”