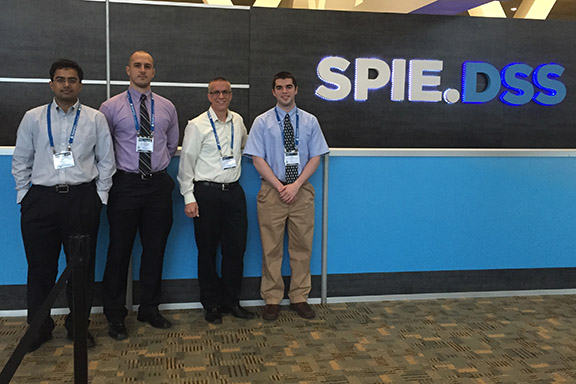 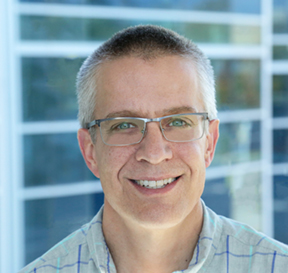 Michael A. Carpenter received his B.S. in chemistry from the State University of New York College at Geneseo in 1991, and a Ph.D. in physical chemistry from the University of Rochester, NY in 1996. He was a postdoctoral associate at Cornell University from 1996 to 1998, and was a postdoctoral associate at Pacific Northwest National Laboratory from 1998 to 2000. In 2000, he became a staff scientist at Albany Nanotech. In 2002 he was appointed as an assistant professor and in 2009 was promoted with tenure to associate professor in the College of Nanoscale Science and Engineering at the University at Albany-SUNY. He is currently the Interim Dean of the College of Engineering and is an associate professor in the College of Nanoscale Science and Engineering at SUNY Polytechnic Institute. Carpenter has edited a book entitled “Metal Oxide Nanomaterials for Chemical Sensors, has published two book chapters, 59 journal publications, his work has over 1100 citations, and he has given 79 presentations. Carpenter has led the development of plasmonics for use as harsh environment chemical sensors and recently developed thermal energy harvesting methods, which enables an integrated platform for plasmonics based detection of emission gases at temperatures exceeding 500°C to be realized. Five patents have been filed with two being granted and several more are under development for work in his laboratory.

Dr. Zhouying Zhao
Research Associate
Zzhao@sunypoly.edu
Received a M.S. degree in Semiconductor Physics & Devices from Nanjing University in 1989 while studying the optical, optoelectronic and interfacial properties of hydrogenated amorphous silicon/silicon nitride multilayers for novel solar cell and optoelectronic applications. In July of 1989 she became a materials scientist at Nanjing Solid State Devices Institute in the Division of Semiconductor Materials Research & Development, focusing on research of a variety of II-VI and III-V semiconductor epitaxial heterojunction materials for the development of advanced microwave, microelectronic and optoelectronic devices & systems (1989-1997). She received a Ph.D. in Materials Science & Engineering from the Stevens Institute of Technology in 2001 while studying the reactive sputtering of highly insulating dielectrics thin films, high frequency plasma dynamics, and Langmuir probes. Dr. Zhao was a postdoctoral associate with Professor Michael Carpenter (2002-2005) at the College of Nanoscale Science and Engineering working on nanocrystal based sensing materials development and applications for chemical gas sensors and was recently appointed to Research Associate in 2005.