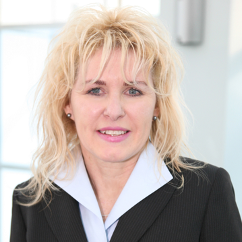 Dr. Paluh, received her Ph.D. from Stanford University in Cancer Biology with post-doctoral training at the University of California, Berkeley studying mitosis and microtubule molecular machines and mechanisms. Dr. Paluh is internationally recognized for her research applying human stem cell biology towards translational applications in multiple diseases, including aging and trauma in neurodegeneration, as well as collaborations to advance bioprocessing for stem cell based cell therapies.  Her work on the IEEE Standards Association Framework for Nanoscale and Molecular Communication has extended to mathematical and computational disease modeling and neuromorphic models and hardware. Biomedical research includes identification and patent of a new cancer therapy target published in Nature Communications and collaborations to address neural circuitry restoration of SCI, TBI neural cell-cell interaction microchip, pancreatic -islet bioprocessing, opioid biosensing, and bioelectronics. 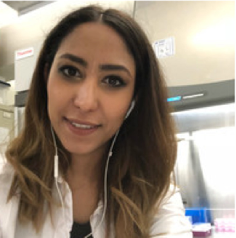 Nooshin Amini received her B.S. degree in Biomedical Engineering (minor in biomaterials) from Islamic Azad University-Science and Research branch and her M.S. degree in Nanotechnology (minor in nanomaterials), from Sharif University of Technology in Iran in 2013 and 2015. Her research interests are in tissue regeneration and cell therapy, including fabrication of porous 3D polymeric scaffolds for drug delivery and bone tissue regeneration with carbon nanotubes. She joined the Paluh lab and Ph.D. program at SUNY Polytechnic in 2015 and her research and publications include bioengineering of insulin producing hiPSC-derived pancreatic cells on 3D scaffolds for bioreactor based bioprocessing, and co-development of a neural cell-cell interaction microchip, NCCIM, with applications to cell therapy and biomarker identification for traumatic brain injury. Dr. Amini is now a Stem Cell Research Scientist at Trailhead Biosystems, Inc. Ohio. 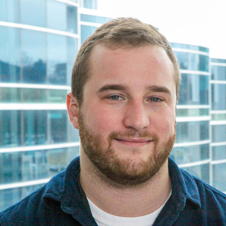 Zachary Olmsted received his B.S. in Nanoscale Engineering from the University at Albany, CNSE, NY (2011-2015), including recognition as a Goldwater Scholar in 2013, and his Ph.D. in Nanoscale Engineering (2018-2021), both in the Paluh lab. His research in the Paluh lab has focused on human stem cell applications in neurotechnologies including neural cell therapeutics and in vitro models of transplantable neuronal circuitry and research on neurodevelopmental pathways for tissue innervation. Publications include cell therapeutics in a rat hemicontusion spinal cord injury model using stem cell derived matured neurons and oligodendrocyte progenitor cells and advancements in gastruloid innervation neurotechnologies. As an M.D. Ph.D. Candidate in Nanomedicine, Dr. Olmsted is completing the M.D. segment of this dual-degree program at SUNY Downstate College of Medicine, the first Nanomedicine medical program in the nation established as a partnership with SUNY Polytechnic and its Nanoscale Science and Engineering programs.nation with spindle assembly, work for which he was awarded the Barry M. Goldwater Scholarship in 2013. 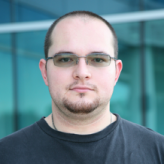 Martin Tomov received his Ph.D. in 2016 in Nanoscale Engineering with a focus in Nanobioscience. His research and publications in the Paluh lab advanced studies on ethnically diverse human pluripotent stem cells derived in the Paluh lab in collaboration with Michigan State University Cibelli lab, focusing on neural and cardiac lineage bioengineering. From 2016-2018 he was a post-doctoral fellow at the Broad Institute of Technology, working on Automation and High Throughput Biochemistry for Neural Applications. In 2018 he moved to Emory University, Wallace H. Coulter Department of Biomedical Engineering as a postdoctoral fellow applying human stem cells to applications in heart and kidney bioprinting and bioengineering. 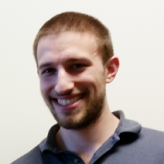 Timothy Riehlman received his Ph.D. in 2016 in Nanoengineering from the Paluh lab with a focus in Nanobioscience. His research and publications included analysis and application of nanomachines and dynamic biological architectures, applying biochemistry, cell biology, yeast genetics, molecular biology and in vitro assays. His research advanced analysis of the gamma tubulin ring complex, γ-TuRC, that is a multiprotein macromolecular complex required for mitotic microtubule nucleation and specialized functions in neurons where it is implicated in viral and neurodegenerative diseases. Dr. Riehlman is now an Analytical Scientist at Regeneron Pharmaceuticals, Inc in NY, in Biochemical Assay Development.

CNSE and University at Albany Students