AiMOS, Most Powerful Supercomputer at a Private University, to Focus on AI Research

AiMOS, Most Powerful Supercomputer at a Private University, to Focus on AI Research 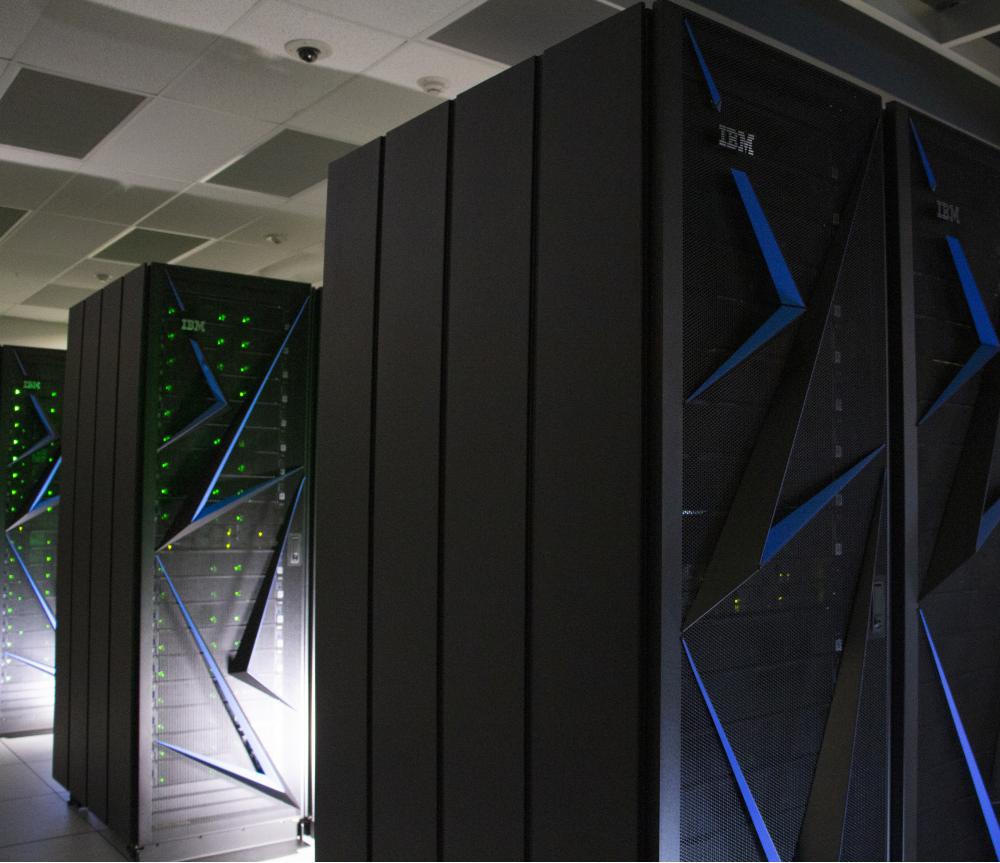 Named AiMOS (short for Artificial Intelligence Multiprocessing Optimized System in honor of Rensselaer co-founder Amos Eaton, the machine will serve as a test bed for the New York State - IBM Research AI Hardware Center, which opened on the SUNY Polytechnic Institute (SUNY Poly) campus in Albany earlier this year. The AI Hardware Center aims to advance the development of computing chips and systems that are designed and optimized for AI workloads to push the boundaries of AI performance. AiMOS will provide the modeling, simulation, and computation necessary to support the development of this hardware.

“Computer artificial intelligence, or more appropriately, human augmented intelligence (AI), will help solve pressing problems, from healthcare to security to climate change. In order to realize AI's full potential, special purpose computing hardware is emerging as the next big opportunity,” said Dr. John E. Kelly III, IBM Executive Vice President. “IBM is proud to have built the most powerful and smartest computers in the world today, and to be collaborating with New York State, SUNY, and RPI on the new AiMOS system. Our collective goal is to make AI systems 1,000 times more efficient within the next decade.”

“As the home of one of the top high-performance computing systems in the U.S. and in the world, Rensselaer is excited to accelerate our ongoing research in AI, deep learning, and in fields across a broad intellectual front,” said Rensselaer President Shirley Ann Jackson. “The creation of new paradigms requires forward-thinking collaborators, and we look forward to working with IBM and the state of New York to address global challenges in ways that were previously impossible.”

Watch President Jackson discussing the partnerships behind AiMOS and how they will enhance the research ecosystem in the region at this link. AiMOS will be available for use by public and private industry partners.

“New York State has developed a growing ecosystem within the Capital District Region, drawing in opportunities with leading businesses like IBM that foster pioneering research,” said SUNY Chancellor Kristina M. Johnson. “We are excited about this strategic collaboration, which enables New York State’s top researchers, including those at SUNY campuses, to have access to the AiMOS supercomputer. I look forward to seeing the outcomes from this partnership in solving some of the greatest issues impacting our society today.”

“We are excited to support the partnership between NY CREATES, IBM, Rensselaer and New York State by investing in the infrastructure necessary to support this groundbreaking research and innovation,” said Empire State Development Acting Commissioner and President & CEO-designate Eric Gertler. “This partnership will enhance the remarkable record of industry-leading research that is being conducted at these institutions and in the future attract thousands of jobs and billions of dollars in economic activity across the Capital Region and New York State."

Dr. Douglas Grose, Future President of NY CREATES said, "The unveiling of AiMOS and its incredible computational capabilities is a testament to New York State’s international high-tech leadership. As a test bed for the AI Hardware Center, AiMOS furthers the powerful potential of the AI Hardware Center and its partners, including New York State, IBM, Rensselaer, and SUNY, and we look forward to the advancement of AI systems as a result of this milestone."

SUNY Polytechnic Institute Interim President Grace Wang said, "SUNY Poly is proud to work with New York State, IBM, and Rensselaer Polytechnic Institute and our other partners as part of the AI Hardware Center initiative which will drive exciting artificial intelligence innovations. We look forward to efforts like this providing unique and collaborative research opportunities for our faculty and researchers, as well as leading-edge educational opportunities for our top-tier students. As the exciting benefits of AiMOS and the AI Hardware Center come to fruition, SUNY Poly is thrilled to play a key role in supporting the continued technological leadership of New York State and the United States in this critical research sector."

AiMOS will also support the work of Rensselaer faculty, students, and staff who are engaged in a number of ongoing collaborations that employ and advance AI technology, many of which involve IBM Research. These initiatives include the Rensselaer-IBM Artificial Intelligence Research Collaboration (AIRC), which brings researchers at both institutions together to explore new frontiers in AI, Cognitive and Immersive Systems Lab (CISL), and The Jefferson Project, which combines Internet of Things technology and powerful analytics to help manage and protect one of New York’s largest lakes, while creating a data-based blueprint for preserving bodies of fresh water around the globe.

“The established expertise in computation and data analytics at Rensselaer, when combined with AiMOS, will enable many of our research projects to make significant strides that simply were not possible on our previous platform,” said Christopher Carothers, director of the CCI and professor of computer science at Rensselaer. “Our message to the campus and beyond is that, if you are doing work on large-scale data analytics, machine learning, AI, and scientific computing, then it should be running at the CCI.”

Watch Carothers discuss AiMOS and its capabilities at this link.