The New York Times: Silver Lake Is Said to Invest $100 Million in SolarCity

The New York Times: Silver Lake Is Said to Invest $100 Million in SolarCity 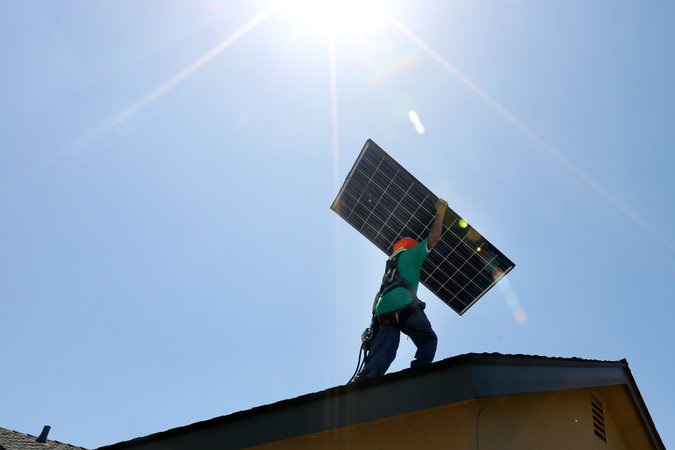 At a time when investors have darkened on the solar power industry, a big investment firm has moved in to buy a stake in SolarCity, the biggest company in the sector.

SolarCity is expected to announce on Wednesday that it has raised $113 million in a new investment led by the clean-energy arm of Silver Lake, as well as the solar company’s chairman, Elon Musk, and its chief executive, Lyndon Rive.

The new financing is meant to be a show of confidence in SolarCity, the biggest installer of rooftop solar power systems, as questions have arisen about a recent shift in strategy. The company announced last month that it would focus on becoming cash-flow positive by slowing down its astronomical growth rate. The rate, about 85 percent a year, is expected to slow to about 40 percent.

And the company, which has reported a quarterly profit only twice since going public in December 2012, reported a bigger-than-expected loss for its third quarter.

Shares in SolarCity have fallen 32 percent since then, closing on Tuesday at $26. That values the company at about $2.5 billion, down from more than $5.2 billion at the same time last year. And the company has become the target of investors like the investment manager James Chanos who are betting that its stock will continue falling.

SolarCity’s stock was up more than 8 percent in premarket trading on Wednesday.