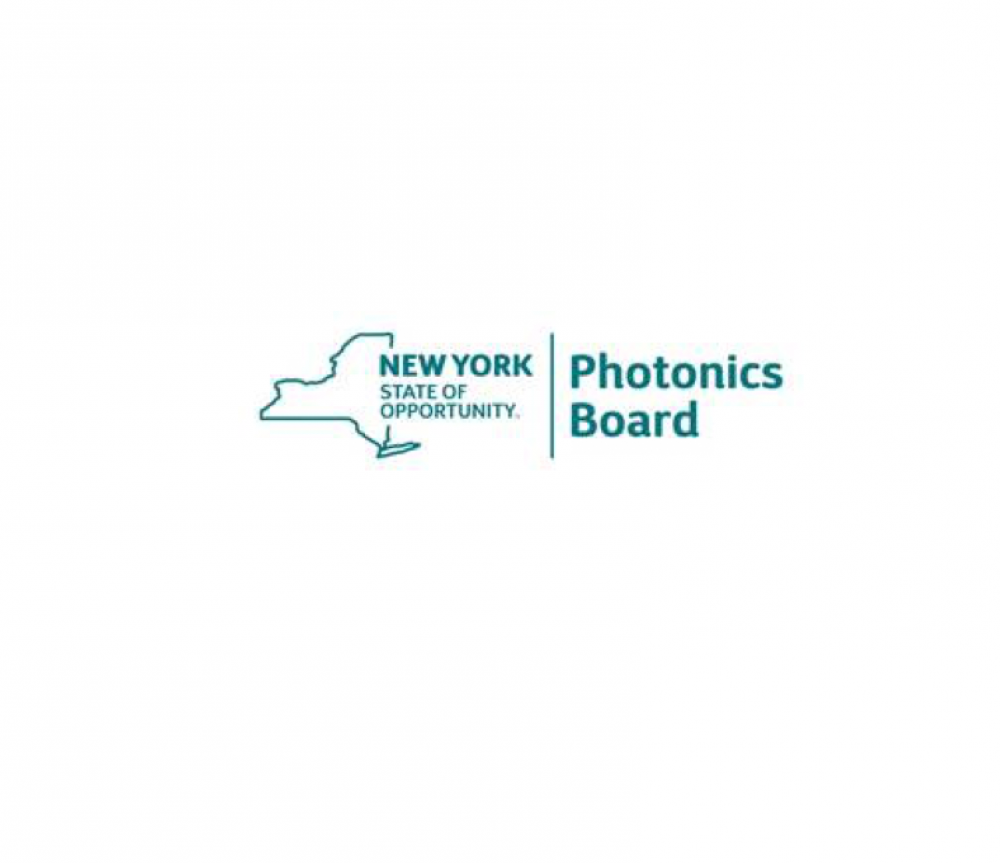 Optics, Photonics, and Imaging Innovation is Centerpiece of “Finger Lakes Forward” – The Region’s Comprehensive Strategy to Revitalize Communities and Grow the Economy

The New York State Photonics Board of Officers (NYS Photonics Board) met today at the American Institute for Manufacturing Integrated Photonics’ (AIM Photonics) Test, Assembly, and Packaging (TAP) Facility in Rochester, NY, located at On Semiconductor at Eastman Business Park. The state-of-the-art facility is now occupied. Staff have been operating at the newly renovated facility since August and work preparing the cleanrooms for tool deployment has been completed, with installation of the TAP facility’s advanced toolset already underway.

AIM Photonics officials today also updated the board on the consortium’s recent annual membership meeting and on its customer pipeline. Currently the organization has more than 100 total members; potential customers now include companies that range from startups to those which are large and established. Some of these companies will begin working with AIM Photonics to utilize the TAP facility as soon as December 2018. AIM Photonics officials today also provided a guided tour of the innovative space to see the progress underway.

New York State Photonics Board of Officers Chairman John Maggiore said, “The innovative AIM Photonics TAP Facility builds upon Rochester’s leadership in the optics, photonics, and imaging industries, which are central to the success of the locally designed Finger Lakes Forward economic development plan. The Photonics Attraction Fund will also serve to further support the economic momentum that is building regional momentum.”

The Empire State Development Board of Directors recently approved $30 million in operating expenses for the consortiums’ continuing operating budget for years three through five. The funding had been previously approved by the NYS Photonics Board of Directors in March of 2018, bringing the total approved New York State funding for the project to $247 million of the committed $250 million, which also includes funding for the $30 million Photonics Attraction Fund as outlined by Governor Cuomo in January of 2018.

The fund is being administered by the Finger Lakes Regional Economic Development Council and is aimed at attracting integrated photonics companies to set up manufacturing operations in the greater Rochester area. Thanks to the world-renowned AIM Photonics consortium, the Finger Lakes is already a leader in photonics research and development, and this additional State funding will help leverage this unique asset to bring the businesses and the jobs of tomorrow to New York State. Find out more about the Photonics Attraction Fund at a newly created website located at https://esd.ny.gov/photonics-attraction-fund.

The budget for the overall AIM Photonics initiative includes federal government award of $110 million, with the State of New York and other parties, including private sector companies, providing additional funds. Overall, the capital budget also includes $15 million for education and workforce development efforts, as well as research and development initiatives conducted in conjunction with the University of Rochester and the Rochester Institute of Technology.

First announced by Vice President Joe Biden and Governor Cuomo in July 2015, AIM Photonics will help secure the nation and region’s leadership in emerging technology research, development, and manufacturing. Optics, photonics, and imaging is one of the three industry clusters that are identified as industries that are key to enabling "Finger Lakes Forward,” the region’s successful Upstate Revitalization Initiative plan, a comprehensive strategy to grow the economy.

One of 14 Manufacturing Innovation Institutes, with three of the fourteen institutes headquartered in New York State, AIM Photonics is an industry-driven public-private partnership that focuses the nation’s premiere capabilities and expertise to capture critical global manufacturing leadership in technologies that are both essential to national security and positioned to provide a compelling return-on-investment to the U.S. economy. For more information about AIM Photonics, visit http://www.aimphotonics.com/jobs/.

Accelerating Finger Lakes Forward
Today’s announcement complements “Finger Lakes Forward,” the region’s comprehensive blueprint to generate robust economic growth and community development. The State has already invested more than $6.1 billion in the region since 2012 to lay the groundwork for the plan – investing in key industries including photonics, agriculture‎ and food production, and advanced manufacturing. Today, unemployment is down to the lowest levels since before the Great Recession; personal and corporate income taxes are down; and businesses are choosing places like Rochester, Batavia, and Canandaigua as a destination to grow and invest in.

Now, the region is accelerating Finger Lakes Forward with a $500 million State investment through the Upstate Revitalization Initiative, announced by Governor Cuomo in December 2015. The State’s $500 million investment will incentivize private business to invest well over $2.5 billion – and the region’s plan, as submitted, projects up to 8,200 new jobs. More information is available here. ​