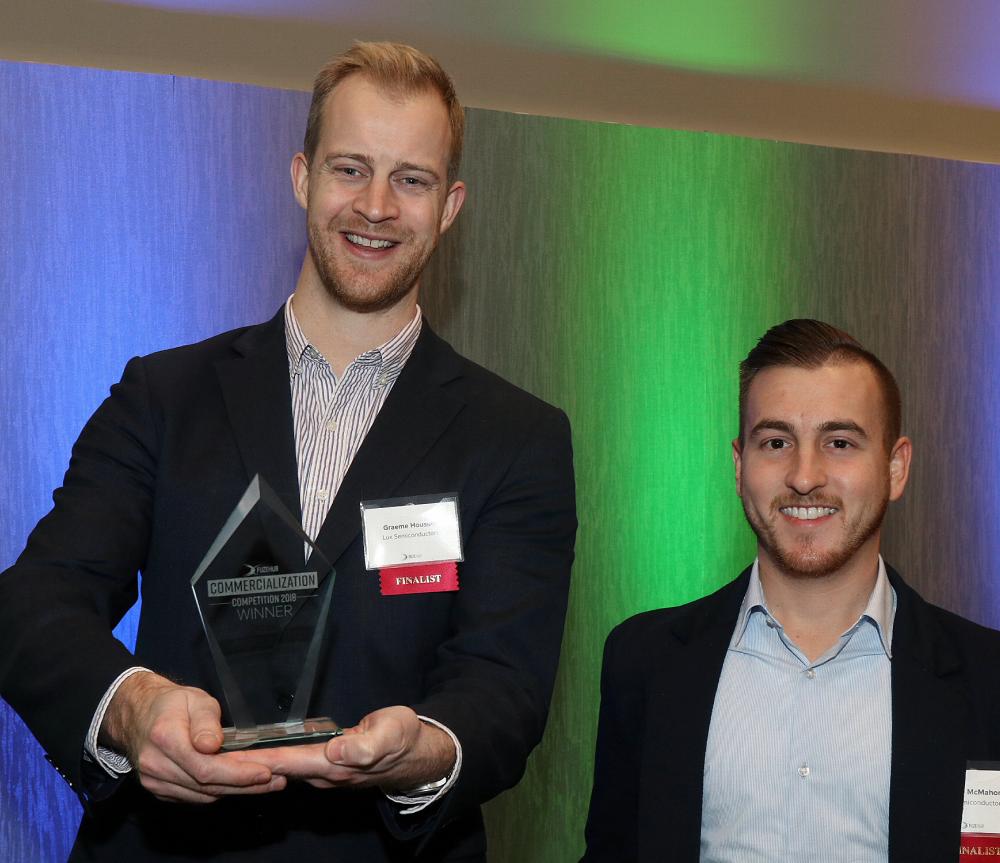 Lux Semiconductors, a SUNY Poly spinoff co-founded by Shane McMahon and Graeme Housser while they were earning their Ph.D.s, has been awarded a $1.7 million Phase II SBIR contract by the U.S. Space Force to develop radiation-tolerant microelectronics to support next generation space missions.

As commercial and defense space industries accelerate, it is becoming increasingly important for spacecraft to perform local onboard computing, rather than rely on terrestrial compute power with associated high latency. Adding compute power to spacecraft, however, is a significant challenge due to damaging radiation effects on electronics. True radiation hard electronics that are designed to withstand these effects are both expensive and low performing.

It is therefore of significant interest to be able to use modern, high performance commercial-off-the-shelf (COTS) chips that, although they do not have true radiation hardening, they can be engineered into systems in a way that provides acceptable radiation tolerance.

In this proposed Phase II effort, Lux will demonstrate the integration of a COTS chip, with relevance to space applications, onto its proprietary System-on-Foil platform. The integrated system will be tested for radiation tolerance and compared against the equivalent status quo approach with conventional printed circuit boards. By successfully demonstrating increased radiation tolerance, the company will position its System-on-Foil technology for a wide range of space applications, including proliferated Low Earth Orbit (LEO) constellations, satellite payload electronics, and cislunar missions.