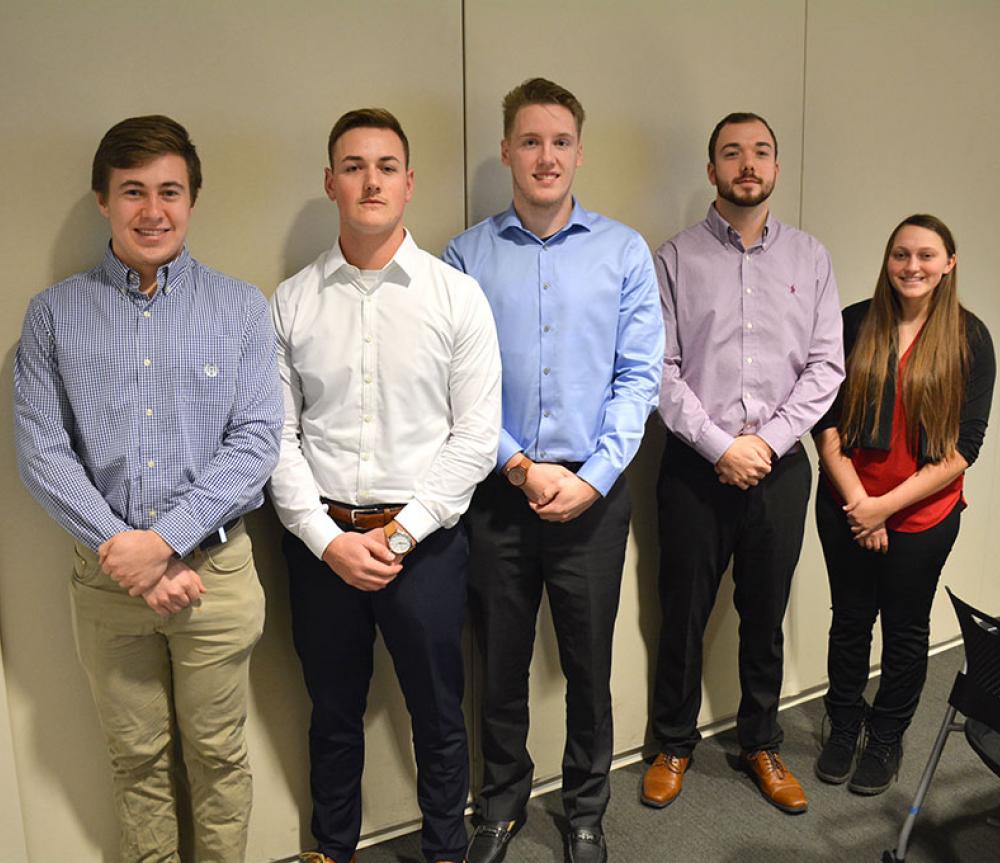 A fixed-wing drone designed by SUNY Polytechnic Institute (SUNY Poly) students has been selected to compete against those from other universities and colleges across the United States as part of the 2020 American Institute of Aeronautics and Astronautics (AIAA) Design, Build, Fly (DBF) Competition in Wichita, Kan.

While the project is part of some of the students’ senior capstone, AIAA regulations require one-third of competing team members also be first-year students, sophomores, or juniors.

Drones are limited to a five-foot wingspan and a maximum weight of 55 pounds. They must also be able to fly for at least 10 minutes and have a maximum speed of 35 feet per second.

Jacob estimates SUNY Poly’s drone will be 10 pounds or less. The radio-controlled aircraft will be capable of completing identified missions and will be a banner-towing bush plane capable of carrying model passengers. It will be an electric aircraft powered with lithium batteries utilizing radio control.

“The DBF competition is a great application of the learning-by-doing foundation of a SUNY Poly engineering education,” said Dr. Durgin. “It encompasses all aspects of engineering, from concept to testing, in a real-life application.”

SUNY Poly’s preliminary design was one of 113 across the United States chosen out of 141 submissions.