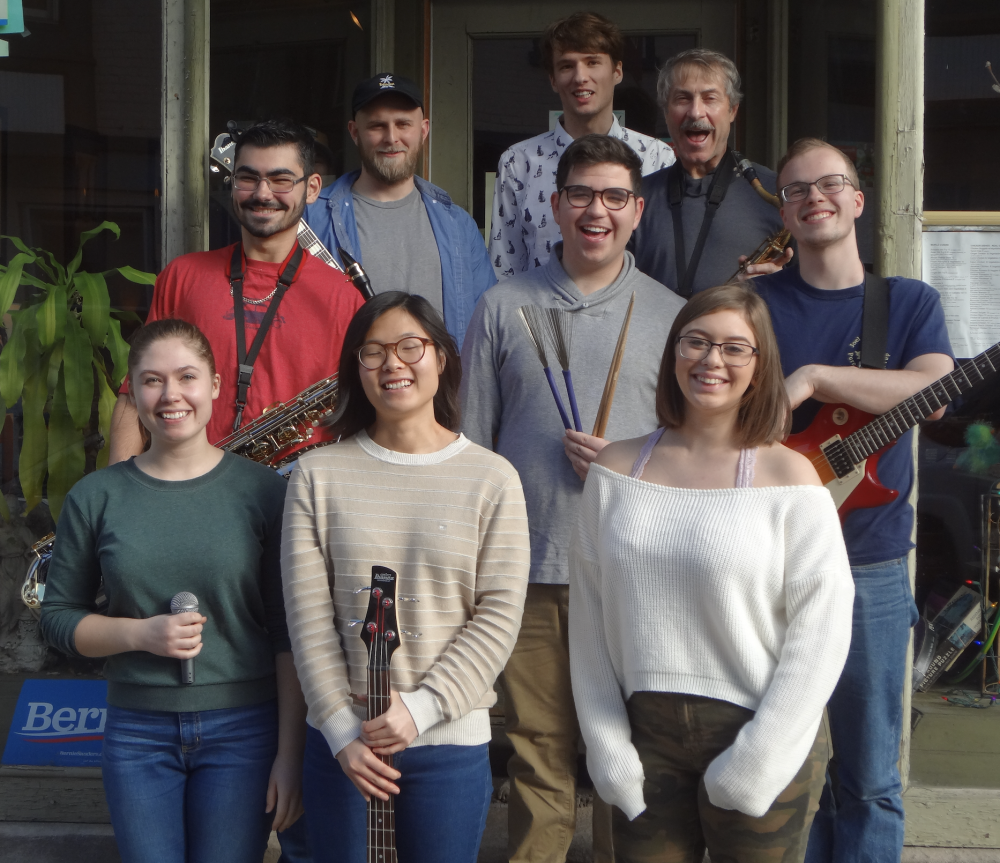 ALBANY - SUNY Polytechnic Institute’s (SUNY Poly’s) student music group, NanoJazz, will move forward with recording for its anticipated summer album release using a process much different than any of its members could have ever imagined.

Dr. Robert Brainard, Professor of Nanoscience and Director of SUNY Poly’s College of Nanoscale Science and Engineering (CNSE) Music Club and its NanoJazz subset, said the seven-member group had planned to visit a recording studio this spring. While that is no longer an option due to social distancing measures, the group will instead use an open-source audio recording program called Audacity to lay down tracks.

“The pandemic itself is a disaster for the world, but there’s also good things to come of it and this is a good thing,” he said. “Not only are we trying to make the best of a difficult situation but, in many ways, we are making something better than we would have done otherwise.”

Emily Evans, a third-year Nanoscale Engineering student and Vice President of the SUNY Poly Music Club. Evans, the group’s vocalist and pianist, says members have been resilient in the wake of rapid societal changes and the remote recording process will enable the musicians to better hone in on their individual arrangements.

“The transition has been kind of weird but we’ve been having weekly Zoom meetings to get all of our thoughts together and make sure everyone’s on the same page,” she said. “I think now it will be easier for us to record because we can do it on our own time and record as many times as we want until we know we’ve gotten it right.”

Dr. Brainard says students were inspired to record their own album after attending a jazz festival in Massachusetts last year and were looking forward to the experience of recording live in a studio.

The NanoJazz will soon start work on the classic tune “Route 66” - a song Dr. Brainard says is a solid song the group knows well. Thereafter, the band will work on additional songs for the album throughout the rest of the summer. The tracks will be independently mixed and produced once the tracks are compiled.

“We had frequently played gigs and performances in the area but, of course, not everybody is able to make to them,” Frost said. “Having a recording gives us a little bit of a different experience from just performing live and better reaches friends and families who couldn’t make it to those performances.

Most of all, Evans says, the album represents hope and joy at a time when many are dealing with anxiety and uncertainty.

“We wanted to have something to celebrate by, especially for all the people graduating, because we have a really great group going on.”