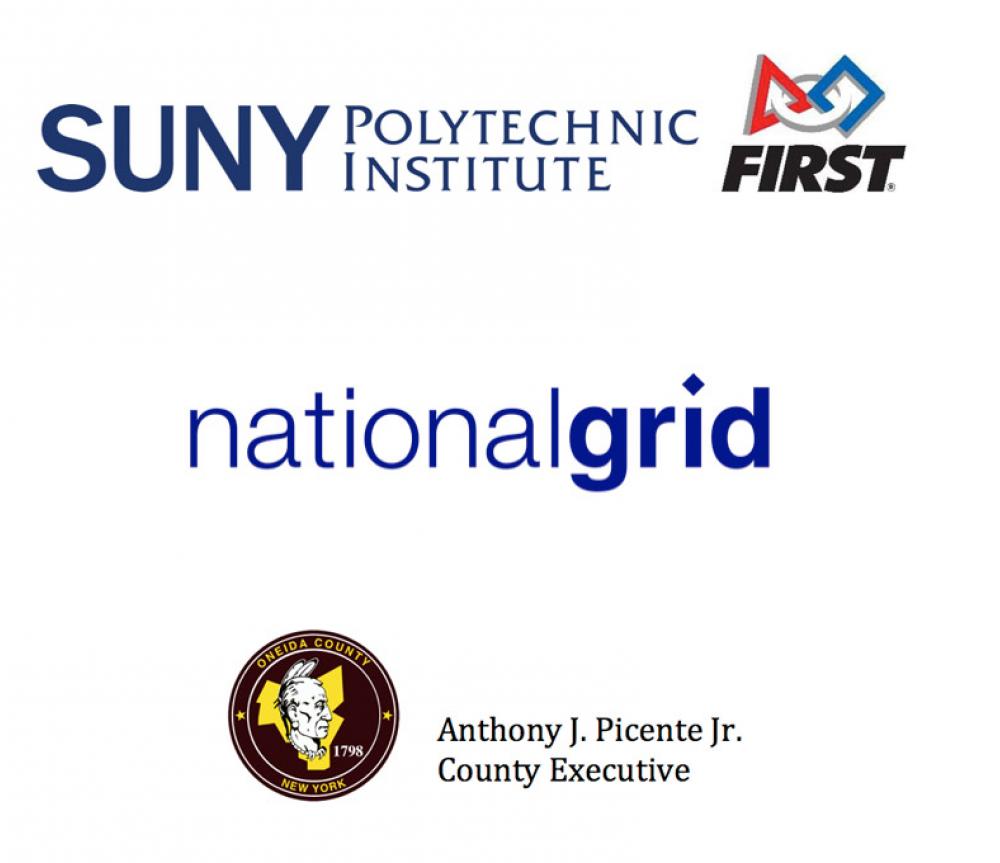 “I was thrilled to personally witness competing high school student teams working together to solve complex challenges during the FIRST Robotics Competition, which we were proud to host at SUNY Poly. I am confident that these students have incredible potential and, by gaining a robust education at leading institutions such as SUNY Poly, they can undoubtedly be at the forefront of tackling our nation’s technological challenges,” said SUNY Poly Interim President Dr. Grace Wang. “We are proud of the partnership with FIRST to provide a hub for creativity and innovation amongst students from across the globe at our campus.”

Winners competed against 31 other teams that traveled from as far as Turkey to overcome “extraterrestrial challenges” during the three-day competition held March 14-16 inside SUNY Poly’s Wildcat Field House, including simulated outer space sand storms. Guided by team mentors, the participating students competed for a chance to win awards, recognition, and the chance to take part in the FIRST® Championship April 24-27.

The seven winning teams are:

“The FIRST Robotics Competition is truly a highlight of the academic year and, since SUNY Poly began hosting this in 2018, the interest in our institution as an exciting, post-secondary option from students who have competed here has been growing,” said Dr. Steven Schneider, SUNY Poly’s Interim Provost. “We like to see students have fun while using their STEM skills to achieve the recognition they truly deserve and create experiences they’ll remember for a lifetime.”

“With the 2019 Central New York FIRST Robotics Competition in the books, I can safely say our second year hosting the event was even more successful than the first. We enjoyed the company of these outstanding teams from as near as our hometown and as far away as Turkey,” said FRC Coordinator Janice Martino. “They brought an energy and life to our campus and our community, and it was inspirational to host them. We had so much support from our sponsors, our faculty and staff, and our community volunteers this year. I look forward to building on this support and partnering with FIRST to continue to bring this event and all the opportunity it brings to local students of all ages.”

“We are overjoyed for the winners of the 2019 Central New York FIRST Robotics Competition,” said Alberto Bianchetti, National Grid regional director of customer and community management for Central New York. “FIRST Robotics is the type of program we like to support to foster innovation. Our employee volunteers were excited to work again this year with community partners, helping to grow young minds into future leaders.”

“It was my pleasure to welcome the brilliant young minds that gathered at SUNY Poly last weekend for the FIRST Robotics Competition,” said Oneida County Executive Anthony J. Picente, Jr. “I was so impressed by the creativity and innovation that was on display throughout the weekend. Oneida County was proud to sponsor this terrific event, and I look forward to many more years of hosting these fierce young competitors from around the world and their supporters.”

Each team was given the same parts to build the robot using a standard set of rules and, working with a professional engineering mentor, designed their robot over a six-week period. Teams then participated in regional competitions across the globe that measured each robot’s effectiveness.

This year’s theme, called “DESTINATION: DEEP SPACE,” was presented by Boeing and focused on obstacles the robots might face while exploring a planet such as Mars. Each team was tasked with placing hatch panels on their “cargo ship” and “rocket,” transporting cargo, and safely returning the robot to its “habitat.” For a brief amount of time, the robot was caught in a “sand storm,” creating temporary invisibility, simulated by shades that blocked students’ views of their robots. Teams were required to either install a camera on their robot or operate it using autonomous code. The competition’s rules and gaming environments change each year, requiring students to build new robots that can accomplish particular tasks relevant to the new challenge.

For a full list of award winners, visit: https://frc-events.firstinspires.org/2019/NYUT/awards.

SUNY Poly is New York’s globally recognized, high-tech educational ecosystem. SUNY Poly offers undergraduate and graduate degrees in the emerging disciplines of nanoscience and nanoengineering, as well as cutting-edge nanobioscience and nanoeconomics programs at its Albany campus, and undergraduate and graduate degrees in technology, including engineering, cybersecurity, computer science, and the engineering technologies; professional studies, including business, communication, and nursing; and arts and sciences, including natural sciences, mathematics, humanities, and social sciences at its Utica/Rome campus; thriving athletic, recreational, and cultural programs, events, and activities complement the campus experience. As the world’s most advanced, university-driven research enterprise, SUNY Poly boasts billions of dollars in high-tech investments and hundreds of corporate partners since its inception. For information visit www.sunypoly.edu.

National Grid (LSE: NG; NYSE: NGG) is an electricity, natural gas, and clean energy delivery company that supplies the energy for more than 20 million people through its networks in New York, Massachusetts, and Rhode Island. It is the largest distributor of natural gas in the Northeast. National Grid also operates the systems that deliver gas and electricity across Great Britain. National Grid is transforming its electricity and natural gas networks to support the 21st century digital economy with smarter, cleaner, and more resilient energy solutions. Read more about the innovative projects happening across their footprint in The Democratization of Energy, an eBook written by National Grid’s U.S. president, Dean Seavers. For more information please visit www.nationalgrid.us