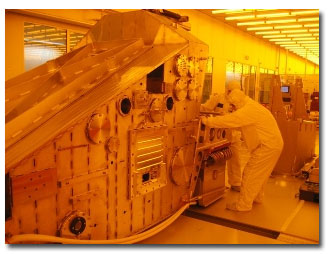 Developed by Netherlands-based ASML Holding NV (ASML), the leading global supplier of advanced lithography tools, the EUV ADT is the world's first full-field EUV tool. This R&D tool has been essential in development of the infrastructure for EUV lithography, considered the most likely technology to address the 32nm computer chip device node, based on cost-effectiveness and ability to extend to future nodes, according to ASML.

Now integrated into SUNY Poly's Albany NanoTech complex, the EUV ADT will support the R&D programs of the $600M International Venture for Nanolithography (INVENT), a global industry-university consortium for research and development, education and technology deployment for future generations of nanolithography applications.